I wrote these at the time of the Terrorist attacks. Please read them and reflect tomorrow.

Or ever again.
© Bri 07/07/2005 In Memorium
Pin Drop: 14/07/2005: 12.01 P.M.
Those we pay to protect us, climbed in tanks and armoured cars that day,
While you, the unsung heroes; set out as usual, for your work or play.
Your bravery unrecorded, you negotiated the minefield of everyday life,
And the obstacle course of relationships, Someone’s Husband, Someone’s Wife.
Someone’s Partner, Someone’s Father, Mother, Sister, Brother, Friend,
Just the ordinary folk who live next door, and on whom we all depend,
To heal us, teach us, serve us: to sell us holidays, food and clothes.
Invisible, unknown, to all but your closest, when on that day you chose,
as you had on every day before, despite the terrorist threat,
to leave your homes and keep society alive. We are now forever in your debt.
You are the true martyrs, Muslim, Christian, Buddhist, Sikh,
West Indian, African, British: Bengali, Turk and Greek
You had no tank to protect you: you fought our battle by train and by bus
And today we stood and remembered you all;
murdered by bombs intended for us.
And you could have heard a pin drop.
© Bri 2005
Posted by BriB49 at 12:23 No comments: 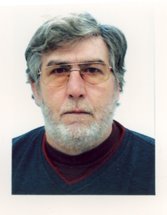